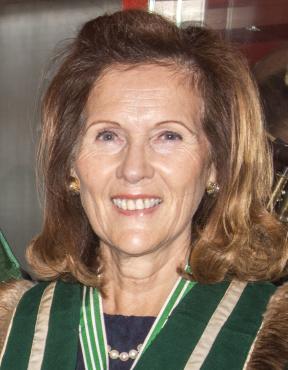 Margie followed her father, Redvers Prior, into The Worshipful Company of Gardeners, joining as an apprentice. He had been Master of the Needlemakers' Company of which she is also a Liveryman.She is a Liveryman of the Coopers' and a Past President of the Bishopsgate Ward Club.

Margie's City of London connections also include twenty years as a magistrate on The City Bench.

She became the Clerk to the Firefighters' Company seeing it through to full Livery status in 2001.

Margie was the Award Organiser and Fund Raiser for the Carpenters' Award, a biennial national competition sponsored by the Carpenters' Company for thirteen years. This competition, for fine joinery and structural carpentry in UK buildings, is known now as “The Wood Awards.”

Margie's working life was in the hardwood timber trade, which included study visits and meetings with government officials and ministers worldwide. This led to encouraging young people and children in outdoor education and conservation in the UK. She is a founder member of The Forest Education Initiative which has over eighty groups throughout the UK. At present she is a Trustee of The Tree Council.

Now living in Jersey, Margie has a small allotment, where she grows heritage and native varieties of tomatoes. She led the Community of St. Brelade from 2007—2010 to be runner up in 2008 and winning Gold and Best Coastal Town for Britain in Bloom in 2009. She then presented St. Brelade’s entry for the Entente Florale Europe 2010, the largest environmental competition in Europe, achieving Gold and Winner.

Margie founded and chaired The St. Aubin Residents’ Association and the ‘Stop the Drop’ Campaign, an anti-litter crusade. She has taken numerous parties from schools, groups and companies out on beach clean-ups and conservation work on the Jersey headlands.

Her other interests have been with NADFAS, Marie Curie (City of London) and Brooke Hospital for Working Horses and Donkeys. Margie is a Trustee of The Jersey Society for the Protection of Animals. She has worked with and supported organisations which provide horticultural and gardening training for ex-Service personnel and is a keen supporter of ex-Service personnel having horticultural therapy and of the promotion of land based careers.

Her daughter, Tara, is also a Liveryman and Margie’s Steward for this year. Her son, Ben, who lives in Edinburgh, is a Liveryman of The Carpenters’ Company. 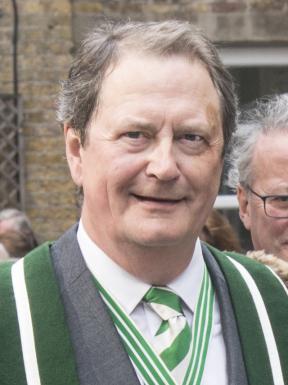 Many in the Company identify with either a professional horticulture or a City background. David is a barrister and a keen suburban gardener, so he falls into the latter category.

He was educated at Christ’s Hospital, Horsham and St Catharine’s College Cambridge, graduating with a history degree. After a spell in the civil service, he qualified as a barrister in 1979. David practised in criminal law (both defending and prosecuting) from Chambers in the Temple from 1979 until 2004. He was appointed a Recorder in 1996 and took silk in 2000.

David encountered the Company through gardening. In 1997, his Chambers moved across Fleet Street from the Temple to Red Lion Court. There, he created a courtyard garden for the benefit of Chambers and its visitors. The garden won The James Miller Trophy in 1998 and The Best Courtyard Garden in 1999. The inspecting judges introduced him to the Company. He became a Liveryman in 2000 and joined the Court in 2006.

He also enjoys collecting plants (especially from cuttings), cooking, walking, fly fishing and history. He is an avid collector of items designed by Piero Fornasetti. In the garden, he prides himself on his hostas and topiary.

David is married to Kate. They have two daughters, a son, and one granddaughter. 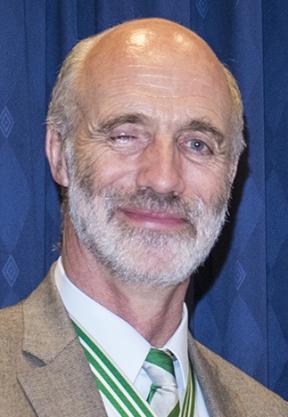 Paul is a fifth generation nurseryman. He runs Joseph Rochford Gardens, a wholesale business supplying plants to the landscape industry.

Paul is committed to offering disadvantaged young people the opportunity to find their place in the world through the Future Gardeners pre-apprenticeship training scheme. He is also keen to promote the benefits of horticulture for those with mental health problems. He is an enthusiastic walker and mountaineer and has scaled the highest peaks across four continents. Through sponsorship of his climbs Paul has raised money for horticultural projects, most notably Tree Aid, a charity supporting tree planting and reforestation in sub-Saharan Africa.

He is married to Katy and has four daughters and two granddaughters. 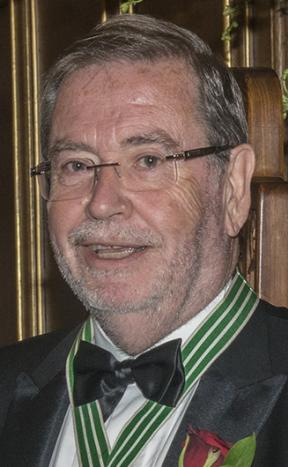 Born in Gloucestershire, Bernard started in horticulture very early. Working in Eastern Europe, he became Operations Director for a 'blue chip' food company. After Perestroika he built operations across the USSR. After retirement Bernard studied at Capel Manor College and has worked in the travel industry. He is now President of The Royal National Rose Society. Bernard is an enthusiastic amateur gardener, and has a special interest in Roses and Viniculture. He is married with three children. 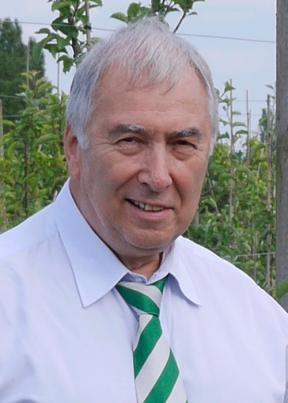 Having joined the Livery in 1983 and been elected to Court in 2004, Stephen has been deeply involved in many aspects of the Company’s life, following in the steps of his father Jeffrey. Stephen qualified in Horticultural Management at Pershore Institute in 1966, and trained in landscaping in Holland and the USA. Chairman of a manufacturing business supplying specialist machines to golf courses globally, he is married to Jenny and has a daughter Alex and a son James, both of whom are liverymen. 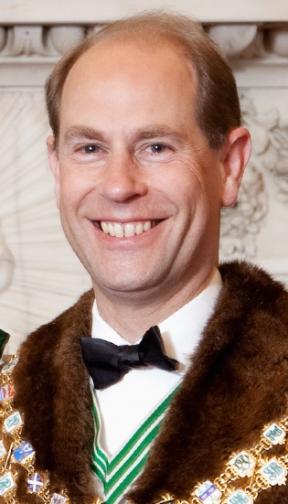 Past Master:
HRH The Earl of Wessex KG, GCVO

HRH The Earl of Wessex KG, GCVO, youngest son of HM The Queen, is a member of three other Livery companies but honoured the Gardeners by making his debut as a Master with us in 2013 to 2014. 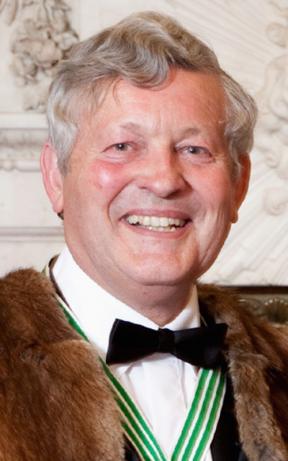 Nicholas’ early passion for gardening developed into a professional career in amenity horticulture in 1969. After starting at Wakehurst Place, he qualified at Plumpton and Reaseheath Colleges and then worked for East Sussex County Council on elm disease control. He then became the County’s Landscape Clerk of Works. After a short period as Course Manager at Longfield Park Racecourse, he was appointed Garden Manager at Capel Manor College in 1983, and later became Executive Director of Estates and Buildings. Nicholas is married to Stephanie and has two daughters, Emily and Felicity. Nicholas was Deputy Master for 2013-2014, the year when HRH The Earl of Wessex was Master.

Previous Masters of the Company

This list, down to 1932, is taken from a silver salver of 1809 presented to the Company by Col. Sir Benjamin Hansford, KCB, Master in 1915, with corrections and additions from the Company’s Minute Book for the years 1761/1872.

Previous Clerks to the Company