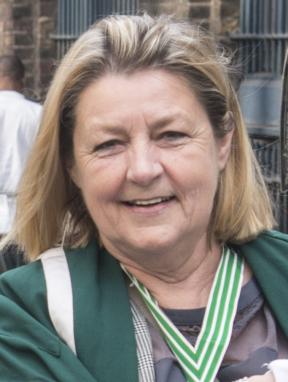 Heather has worked in further and higher education for a number of years and now is a consultant working in education and training. She was Principal and Chief Executive of Pershore Group of Colleges. As a senior manager Heather developed her skills in leadership and management although her initial subject specialism was biology/ecology, with her research being to do with the ecology and management of chalk grassland.

At Pershore Group of Colleges student work was significantly enhanced by a good vocational experience through College commercial ventures such as a successful organic farm, glasshouses mostly used for the production of flowers, a commercial nursery, a plant centre, a fruit unit, fruit juice and cider production and an indoor tennis centre supported by the Lawn Tennis Association. All part of the job in supporting work-ready students. The College was the first further education college to be awarded a green gown award early in 2007 for its work in sustainable development in estate management, water recycling, electric vehicles on the nursery, and local sales of produce etc. Until Spring 2017 Heather chaired the Science Council for almost a year having previously been Vice Chair. She is a Governor at Capel Manor College and one of the three UK representatives of the International Society for Horticulture Science. She is a member of the Perennial Board, a Governor for Capel Manor and involved in two other horticulture charities.

Heather is Past President of the Chartered Institute of Horticulture having worked to achieve chartered status for horticulture and overseeing the individual charter process. She is a Vice President of the Institution of Environmental Science. Heather was a Secretary of State appointment to the Board of the Chilterns Area of Outstanding Natural Beauty 2007 until March 2016 and an expert for the Commission for Sustainable Development 2012 which had a quality assurance role in the sustainable development of the Olympic Games, and a member of the Holland Committee: a government advisory committee on education for sustainable development.

Heather is married to Barry and they live in Buckinghamshire, next to an area of woodland which they have for a long time managed for its biodiversity. Their two children Claire and Andrew are now in their 30s and both working in the environmental field. Claire is a Liveryman of the Company. 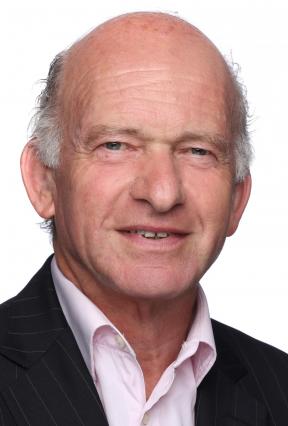 Peter Waine is a former chairman of CPRE and of both the National Fruit Collection at Brogdale and of the Tree Council. He is currently a trustee of The Gardens Trust. Peter is co-founder of Hanson Green, for many years the principal source for non-executive appointments, and has been on boards of public and private companies in addition to being a former visiting professor at both Warwick and Cass Business Schools.

A former member of the International Cricket Council and a trustee of the Royal Opera House, Peter is author or co-author of two business books, a business novel, a collection of poetry and of the history of
the campaigns that saved the English countryside. He is a former Parliamentary candidate, local councillor and a current judge for the Contrarian Prize. He is also Chairman of the Housman Society and was a judge for the Wainwright Literary Prize in 2017.

Peter is married to Stefanie and has one grown up daughter and two granddaughters. 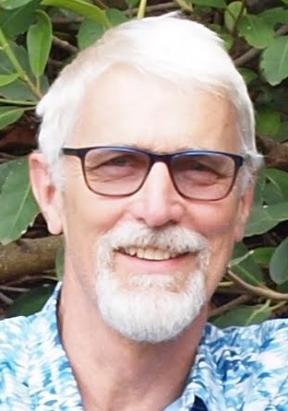 John is a garden designer living and working in inner London and specialising in domestic urban gardens. He is a firm believer that no space is too small or unpromising to provide an oasis of greenery and colour in our busy lives and that gardens in general are crucial to our wellbeing.

A former newspaper journalist and magazine editor, he made a career change more than 20 years ago and studied garden design and horticulture at Capel Manor College. His introduction to the Gardeners’ Company came in 1996 when he won a student prize and he was invited to join the Livery shortly afterwards. He took over the editorship of the Spade magazine six years ago and is actively involved in developing and maintaining the Gardeners’ website. He lectures in garden design, is a Fellow of the Royal Society of Arts, a Fellow of the Linnean Society and a long-serving judge for the Flowers in the City Campaign.

An opera lover, he is married to Lynne. Their son and his family live in Brisbane. 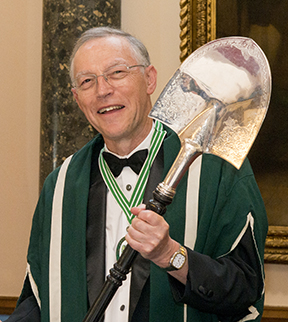 Nicholas and his wife, Fiona, have a 3 acre garden carved out of the Claremont estate with its Palladian villa designed by Vanbrugh and its Capability Brown (now NT) Landscape Garden.

He became a Liveryman of the Gardeners Company after his term as the Master Tax Adviser. A Chartered Tax Adviser and a Chartered Accountant and as the Deputy Chairman of the Finance & General Purposes Committee he is the Company’s Treasurer.

In the meantime Fiona ascended the City ladder becoming Lord Mayor in 2013/14 and Nicholas became the Lord Mayor’s Consort.

Nicholas has 2 children and 4 granddaughters who love visiting gardens.